I have experienced the situation where the user has had to adjust to the software. Dastani Consulting is different in that they transpose our requirements into the IT. Thanks to their flexible solution, we can quickly implement innovations in the area of international clearing. The application is easy to use. We have simply gained a little bit more precision.

Every month, DPDgroup settles 40 million euros in the course of international clearing. This process is monitored very closely due to the fact that each country subsidiary is responsible for its own financial results. Dastani Consulting substituted the legacy system with an individually custom-designed big data application, making the settlement transparent and verifiable. Cost drivers can now be identified. 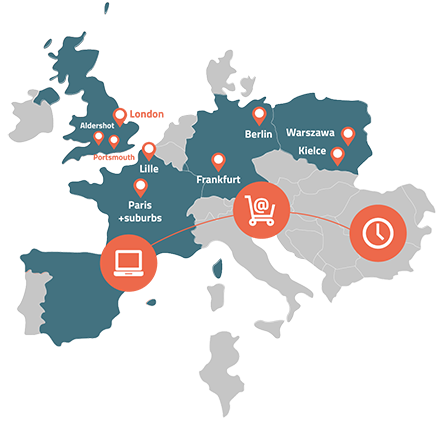 Dastani Consulting supports companies in the conception and setting up of big data solutions. Based on existing data and systems, financial indicators are developed, business developments are forecasted, turnover potentials are revealed or control systems implemented. To achieve this, we build on our long experience in setting up and operating large data systems, as well as our expertise in the area of predictive analytics. In particular, Dastani Consulting combines its analytical know-how with strategy consulting.

Dastani Consulting supports companies in the conception and setting up of big data solutions. Based on existing data and systems, financial indicators are developed, business developments are forecasted, turnover potentials are revealed or control systems implemented. To achieve this, we build on our long experience in setting up and operating large data systems, as well as our expertise in the area of predictive analytics. In particular, Dastani Consulting combines its analytical know-how with strategy consulting.

DPDgroup is number two in the European CEP services market, delivering more than 3 million parcels per day. Using Europe’s efficient road network, the company daily handles more than 500 cross-border transactions across 35 countries. In terms of international clearing, this produces an internal settlement volume of around 40 million euros month for month. Each country subsidiary is responsible for its own financial results and is therefore very keen to receive every cent to which it is entitled. However, the system with which the balances were settled was so complicated, that it took a great deal of time for the business units to finalise the results. Plans to develop a new tool were eventually dropped by the management, as the expectations for the planned solution were too great. “The most important thing for us was that the new system should be transparent,” explains Catherine Pellaumail, DPDgroup’s European Operations Development Manager. DPDgroup’s management had taken a look at a handful of solutions, but they didn’t trust any provider to implement the international clearing within the prescribed timescale of less than one year. But then after a meeting with Dr. Parsis Dastani, founder of Dastani Consulting, Catherine Pellaumail was convinced: “He immediately understood what we needed, and we thought he was capable of doing it.”

Additionally, the newly created transparency meant that the Group could identify cost drivers. For example, on-costs result from inaccurate delivery information. The new system allows DPDgroup to identify these interactions very much more quickly and to use the information for improvements to the overall process. Around 100 Europe-wide controlling and accounting staff work with the software, and so far not a single one has complained to the project manager. The data is high-quality and the system lends itself to intuitive operation. New products or changes in the business units can be mapped to the software quickly – not to mention the frequent tariff changes. 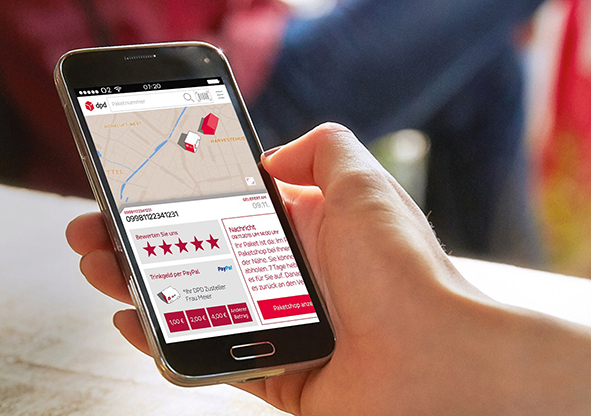 With their agile approach, Dr. Parsis Dastani and his team were able to implement the software for something the DPDgroup work had in effect only roughly sketched out. In the course of the project, many ideas emerged jointly as to how the clearing process could be made easier and more reliable – “a genuine collaboration”. Close coordination with pragmatic minor process adjustments soon led to convincing results. Over and above the consultants’ competence in handling big data, their holistic consulting approach was highly valued by Catherine Pellaumail. “Dr. Parsis Dastani helped us considerably in convincing the stakeholders in the individual countries of the solution.” DPDgroup has been working successfully with the solution since 2015. Catherine Pellaumail’s upbeat verdict: “Hardly an error, super performance”. As each business unit now receives its figures in a transparent breakdown, the entire organisation no longer has to waste time with unproductive discussions – “one irritation less!”

The international DPDgroup is the number two in the European parcel market, with 3 million parcels delivered daily. 360,000 customers are served by 26,000 employees at over 800 locations. The Group offers an easy, comfortable and flexible service for B2B and B2C deliveries, making it the innovation leader for private parcel deliveries by clearly orienting itself to the needs and situations of all its customers and recipients. One example of this is the unique Predict service comprising map-based live tracking, multiple options to divert a parcel, and an exact delivery window down to one hour.

This website uses cookies to improve your experience while you navigate through the website. Out of these, the cookies that are categorized as necessary are stored on your browser as they are essential for the working of basic functionalities of the website. We also use third-party cookies that help us analyze and understand how you use this website. These cookies will be stored in your browser only with your consent. You also have the option to opt-out of these cookies. But opting out of some of these cookies may affect your browsing experience.
Necessary Always Enabled